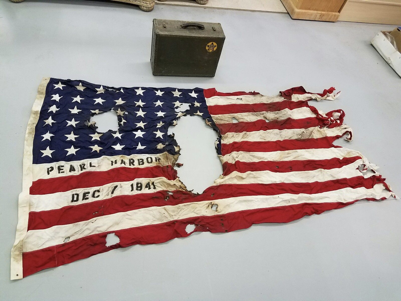 First and foremost is confidence in authenticity. A lesson in fakes

With modern times comes a modern way of selling and collecting. Twenty years ago I was exhibiting at forty antique shows per year and these accounted for most of my revenue. Today I do just six events, four of which are mostly for general advertising and exposure and not for immediate sales. Back then people bought things that they saw in person, loaded them up in their car or truck, and took them home. Today they buy from descriptions, images, and phone calls, followed by the receipt of a box or crate on their doorstep, or else a visit from our friendly delivery team if the location is near enough at hand.

I sell objects within a category of antiques that almost no one understands well at all, in a marketplace full of fakes and misrepresented material. To accomplish this with a buyer that will very likely never see the item in person beforehand, and who doesn't already know me, several things are necessary. First and foremost is confidence in authenticity.

The Evolution of the Design of the American National Flag

People are often surprised to learn that before 1912, lack of a specific design for the American national flag left a great deal open to interpretation and imagination. Given the level of respect our flag demands today, it is difficult to conceive that for the first 135 years of its existence, the star pattern was left up to the whims of its maker. The same was true of the number of points on the stars, not to mention all aspects of the ag's proportions and the selected shades of red and blue.

Circular star patterns were a favorite in the period between the Civil War (1861-65) and the 1876 anniversary of our nation's independence. Occasionally the stars formed one large star, termed the Great Star or sometimes the Great Flower pattern. Then there are rarer patterns still. Among these are circles within squares, pentagons, ovals, and completely random patterns. There are diamonds, shields, snow akes, and starbursts. In rare instances, the stars even formed letters and numbers to spell words and dates, such as a "U" for "Union" or "1776–1876." All manner of arrangements in rows and columns are encountered, but the stars tipped this way and that and seldom did they all point upward.

Until 1912, there was no set design for the Stars and Stripes. And so, hidden in older versions of the flag, its makers laid hints of the country's history and quest for identity.

Aptly - given its national anthem is about the flag - the Stars and Stripes is a key part of America's identity. It hangs in classrooms and in courtrooms, on state buildings and suburban porches

If you are looking for a Colonial / Revolutionary period 13 star flag, in other words, one made prior to the Treaty of Paris in 1783, or at the very least during the period when we had 13 states, prior to the 1791 addition of Vermont, I have some very bad news for you.  Almost none exist.  And those that are claimed to be of that time period are highly suspect until they are identified by one of the tiny hand few of people who are capable of the highly specialized task.

Collecting 101
from The Magazine Antiques

In honor of Independence Day, I asked Jeff Bridgman of Jeff R. Bridgman American Antiques, an expert in early American flags, to shed some light on this area of collecting.

Question: What do you find is the most desirable period of early American flags among collectors? What in your opinion is the most overlooked?

Colours of the South:
Why should I add a Confederate flag to my collection?

September 2007, Journal of the Antiques Council | by Jeff Bridgman

When people think of the Confederate flag, different images are formed.  Many Caucasian southerners—especially those persons with ancestral connection to a solider—would likely find an object that displays their heritage and southern patriotism.

Dispelling the Myths:
Use Of Cotton In 19TH Century American Flags

2006, Focus: Journal of the Antiques Council | by Jeff Bridgman

Military dealers and flag enthusiasts alike have long claimed that flags were never made of cotton during the Civil War or prior. I have to admit that when I was first exposed to better quality flags, I thought the exactly the same thing, because this is what I was taught. Like so many myths in antiques, however, the problem was based on the personal opinions of collectors and dealers who passed cotton flags by, instead of about the use of cotton during the mid-19th century. I soon came to the conclusion that such claims about cotton flags were flatly incorrect.

The 13 stars and Stripes: A Survey of 18th Century Images

The 13 Stars and Stripes was born on June 14, 1777 by resolution of the Continental Congress. Unlike subsequent variations, the first US Flag has been made and used almost continuously ever since. Even today, you can purchase a brand new copy and, keeping with the tradition of the original flag, it is available in several different specifications. This fact, however, also raises issues when someone comes upon an old 13 star flag.

Many thanks to author David Martucci for this excellent piece of ongoing research. Visit his website at http://www.vexman.net/13stars/ for the most updated information.

(1) Unless you are buying from a dealer who knows a lot about flags, start small and be cautious. Most people, including almost all antiques dealers, know astonishingly little about early American flags. Be extremely wary of internet auctions, take everything you hear with a grain of salt, and ask a lot of questions.