I am delighted to announce that I have been asked to exhibit antique American flags once again at New York's Union League Club.

This is a selling exhibition.  I will present a wealth of material in the spacious gallery, including antique American flags, political and patriotic textiles.  There will be items from the Women's Suffrage movement, as well as patriotic objects from the realms of both folk and fine art, patriotic paintings, and Native American beadwork.

What Time:    The club is open every day, but I am generally not physically present.  Though I can be found there by chance, what I generally do is make appointments to come in and meet with clients, brining additional material with me, if desired, to meet the needs of whatever someone is interested in with respect to age, size, date, historical relationships, price level, etc.

For non-members, attendance is by appointment.  Call us at 717-676-0545 to arrange a visit, or send us an email at info@JeffBridgman.com.  Don’t worry about short notice.  While its best to plan ahead, we have a very good grasp of the speed at which the lives of busy people often moves.

What Else Do I Need to Know:

Please note that club rules prohibit jeans and cell phone use within the lobby.  Golf shorts and those of a dress nature, are permitted in the summer.

If you are considering a purchase, this is a great opportunity to do so, as I will have approximately 40+ examples.

About the Union League

One of the city’s most exclusive institutions, the Union League was founded during the Civil War in 1863 by a group of concerned and influential citizens, to aid President Abraham Lincoln in his quest to preserve the Union.  Over the past 140 years, the club has quietly rendered distinguished service to the nation.  During the Civil War it raised and outfitted three volunteer regiments.  The Sanitary Fair (a major fundraising effort for the war) was directed by club members and held outside the club house, at that time located in Union Square.  Union League Club members were instrumental in establishing The Metropolitan Museum of Art in 1870.  They played an essential role in the founding of the American Red Cross (an outgrowth of the Sanitary Commission), as well as to help to erect both the Statue of Liberty in New York Harbor and the Lincoln Monument in Union Square.  Among many other accomplishments, they were the driving force that ended the ongoing corruption at Tammany Hall.

Many prominent civic, state and national leaders have enjoyed membership in the ULC, including fifteen presidents, many senators and congressmen, cabinet members, diplomats, and scores of CEOs of major corporations.  J. Pierpont Morgan was a regular during the 19th century, along with John Jay, William Cullen Bryant, Chester Arthur, and Thomas Nast.  Western artist and sculptor Frederic Remington was a member, as was Emanuel Leutze, who painted Washington Crossing the Delaware.  Leutze’s famous work was exhibited at the Sanitary Fair upon completion.  Theodore Roosevelt managed his early political career from the Club’s chambers and chose them as a place to hold interrogations during the time in which he served as New York’s Chief of Police.

Today one of the primary focuses of the Club is the well being of our military veterans.

I am delighted to be returning to the Lone Star State, where I will be exhibiting at the Winter Edition of the Round Top Antiques Fair, at The Big Red Barn.

Round Top is a huge event with many exhibitors, in many ways similar to Brimfield, Massachusetts, with a string of shows that begin and end, overlapping one-another.  The Big Red Barn is the original show and is indoors, primarily focused on Americana.  The Winter show is smaller and less hectic, and an ideal time to catch me to discuss flags and folk art.

When:  The show takes place on Friday and Saturday, January 20th and 21st, from 9 AM - 5 PM.  There is no preview / early buyers event at the winter show, like there is in the fall and spring.  Admission is $10.

What Else Do I Need to Know?

*  Tickets can be purchased in advance at the following link:  https://www.eventbrite.com/e/round-top-winter-antiques-show-at-the-big-red-barn-tickets-471518423297 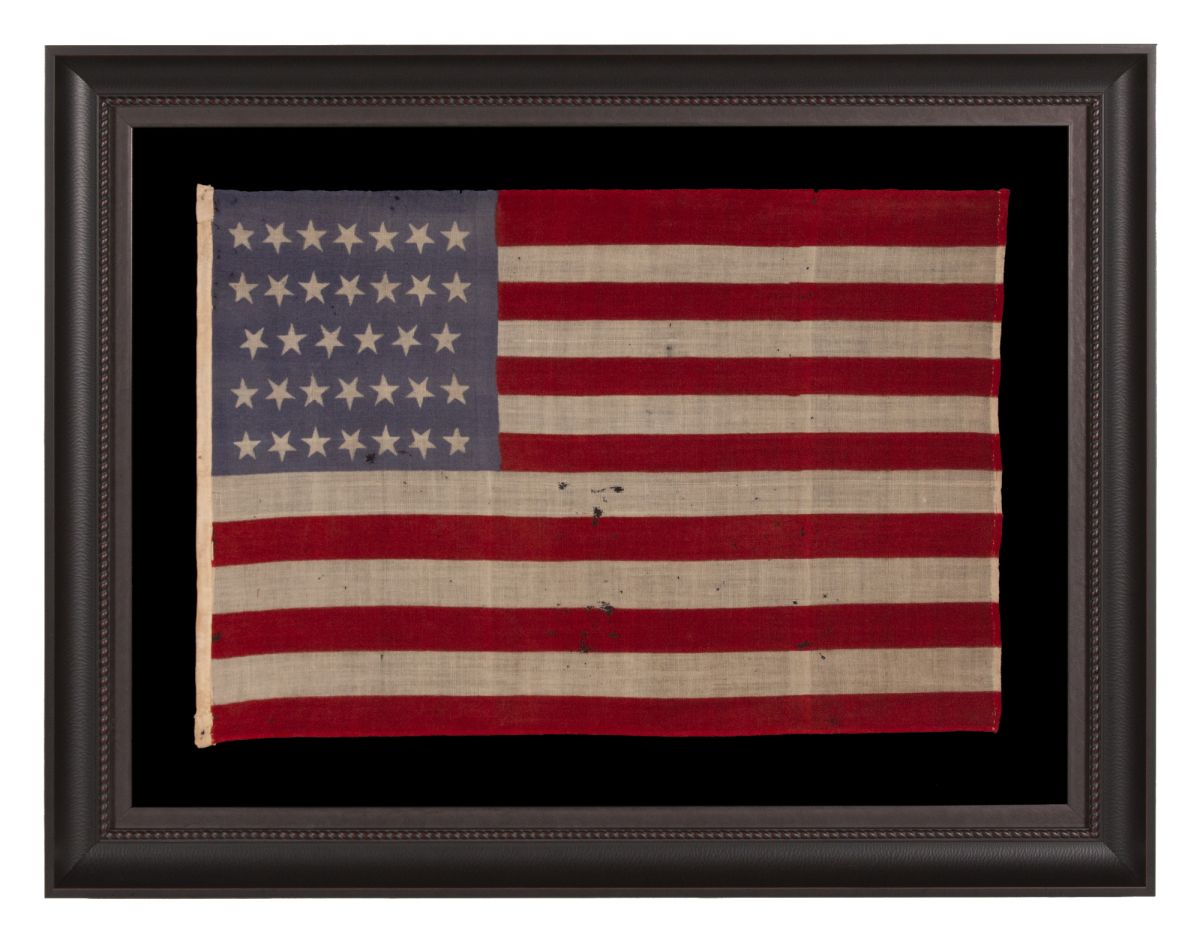 What?  I am looking forward to a return to Nashville on the weekend formerly occupied by the beloved Heart of Country show, long adored by Americana dealers and enthusiasts alike.  The Nashville Antiques Show and a sister show, The Fiddlers Antique Show, will share space at The Nashville Fairgrounds.  With about 150 dealers in total at the Nashville Show, and 50-60 more at Fiddler's, this is a large event, old school, Americana, antique show event not to be missed.

How do I get Tickets?

What Else Should I Know?

What?  I am delighted to be returning to the Lone Star State, where I will be exhibiting at the
Round Top Antiques Fair in The Big Red Barn.

Round Top is a huge event with many exhibitors, in many ways similar to Brimfield, Massachusetts,
with a string of shows that begin and end, overlapping one-another for a 2-3 week period.  There are 66 shows in total.

The Big Red Barn is the original show, is indoors, primarily focused on Americana, with an
attached annex and a nearby high-end style tent with continental dealers, some of whom I have
exhibited with at the best shows in America.

What Else Do I Need to Know?

I suggest you come into Round Top from Burton, heading Southwest on Rt. 237.  If you do so, the
Big Red Barn is the first show you will come to and you will avoid traffic all-together.  Traffic can be
extremely slow in this small town if you plan to come up Rt. 237 heading Northeast from LaGrange.
You can come this way, but be sure to allow a good deal of extra time if you do.

If you would like to see anything in specific from the website or are in search of a flag in a
particular size / age / price category, give us a call or drop us an email by March 15th at info@JeffBridgman.com.

For the entirety of my career in the world of antiques I have been inspired by this venerable and auspicious Pennsylvania show. Founded in 1962 and widely recognized as one of the finest in the nation, the event returns this year for the 61st edition, making it the eldest charitable show in America.

Among antiques fairs dedicated to American Antiques specifically, The Philadelphia Antiques Show is, plainly and simply, the best. This is where museum-worthy objects find their way from the best dealers to the homes of top collectors. For this reason I am privileged to be among this strong list of veteran dealers.

The Philadelphia Antiques Show Preview Party takes place on Thursday, April 27th, from 5pm - 9pm.  5 PM entry is $600/person.  6 PM entry is $300.  Young Collectors (under age 40) may enter at 6 PM for a reduced cost of $150.  All preview tickets are good for General Admission throughout the show.

Location:  The show will be held at the Philadelphia Museum of Art, located at 2600 Benjamin Franklin Parkway, Philadelphia, PA  19130. 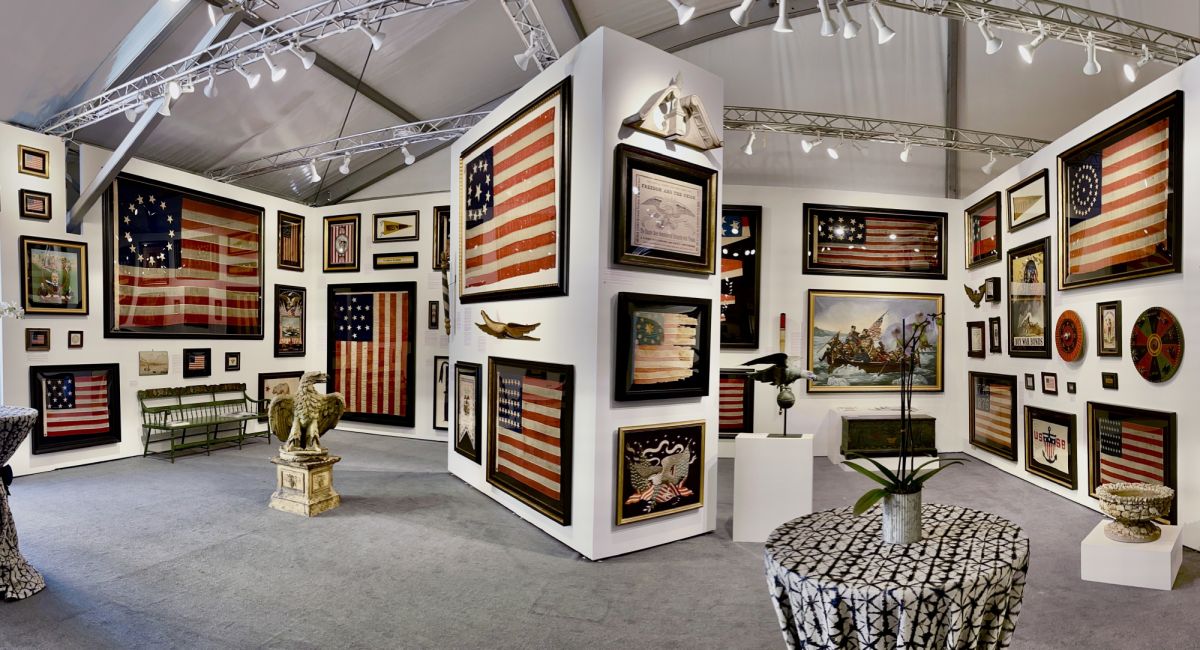